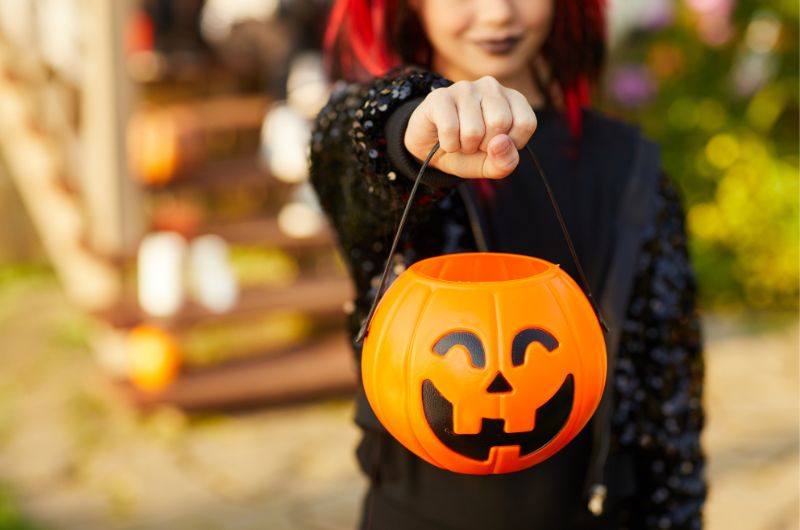 To make your foray successful and safe, we have put together a few rules and tips for you.

Ahhh... Trick or Treat. Trick or treat. The sweet haul of Halloween revelers. Trick or Treat is to Halloween as egg hunts are to Easter, Christmas trees are to Christmas, and summer heat is to the beach. Dressed up children move on Halloween evening from house to house and demand Trick or Treat, Traditionally, most of the so faced with the choice decide to give candy, so that the participants of the Halloween loot pull home with handsome loot.
To make sure the haul is successful, we've put together a few tips for both sides. 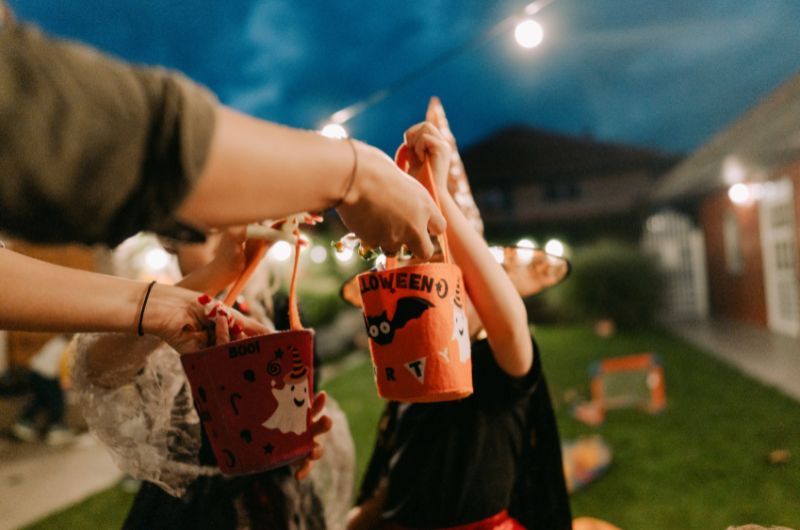 If you like to hand out candy on Halloween, you can already signal that with the appropriate decorations in the front yard or on the front door. Pumpkins, hanging skeletons and co show the kids that you like Halloween and that they can probably dust off some candy. Then, once they ring the doorbell, there are several options: For example, how about a homemade candy slide or small, pre made candy packets that the kids have to catch? And what goes every year, of course: scare the kids back with a spooky costume or mask. 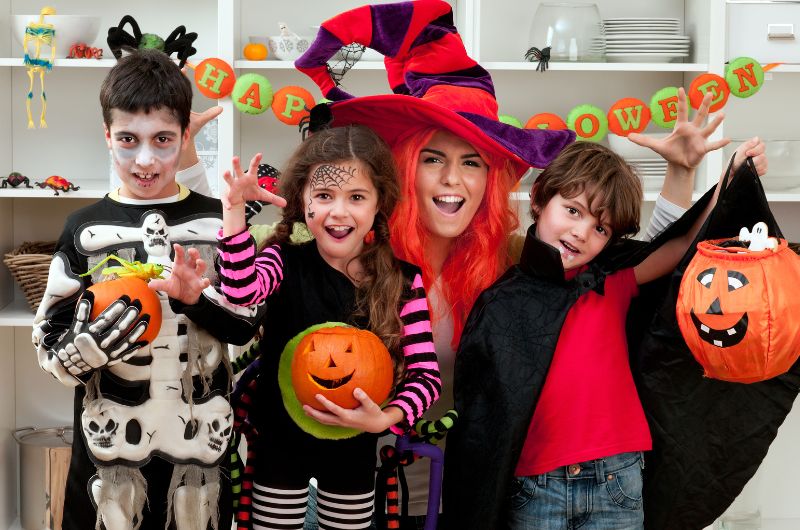 The 10 usual trick or treat rules

After all, Christmas isn't about a week earlier or later either. Besides, you'll find out that it looks pretty stupid to walk the streets in a ghost costume at the beginning of October and ask for candy.

Without a masquerade your booty will be smaller. Besides, you could be mistaken for a beggar or an obscure cult member. And they get surprisingly few sweets at the door. And please don't dress up as Santa Claus. The old bearded man with the red coat get candy on Halloween. A creepy costume fits and works best, and in the best case it keeps you nice and warm.

3. others also want to have something!

If the nice older lady already offers you half of her candy supply, there's no reason to ask for the rest. Creature of darkness or not. The werewolf behind you also wants to get something in his sack. And you don't want to mess with a hungry werewolf, do you? If you don't like something, you can always give it to the friendly mummy next door instead of throwing it away. Maybe she will like it. 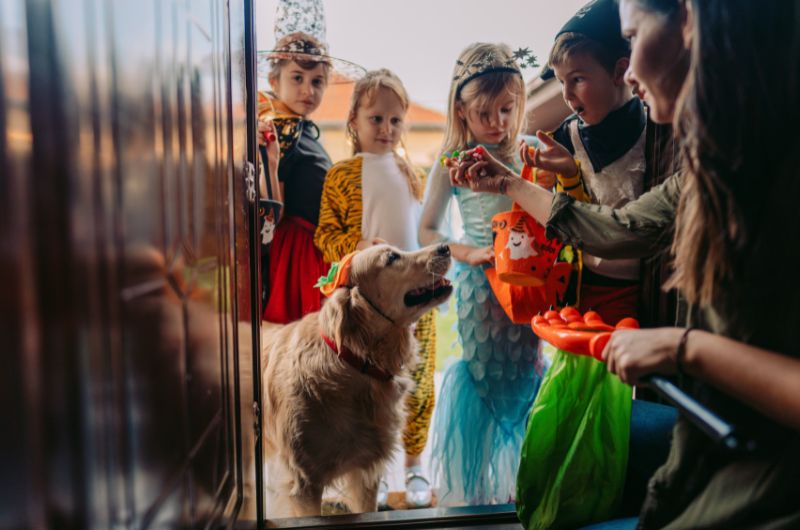 4. never go into an apartment with them!

The old rule that you shouldn't accept candy from strangers somehow doesn't make sense on this day. However, for this very reason, be on your guard if the "nice uncle" asks you to come in for a moment because he forgot the surprise upstairs in his bedroom! Refuse politely, but firmly. If you are still being harassed, get out of the way as quickly as possible and, if in doubt, report it to the police.

5. you shall not steal the sweets from other ghosts!

So shame on you for even thinking about it!

6. other people's Halloween decorations are off limits!

Thou shalt not steal pumpkins! Not even if you are carved so beautifully. Make more effort yourself next time (how to do it is HERE)! In addition, you should not sabotage or destroy the elaborate decorations of your neighbors. Otherwise they will sabotage or destroy you in the worst case!

Animals are taboo, animal cruelty is despicable! And also burning feces in front of the front door may amuse you, but not the one who has to extinguish the sh.... Such actions are taboo not only on Halloween. And if you start a neighborhood war, you and your family may have to leave town permanently. Think about it!

8. be careful what you get as a present!

While there is no evidence of incidents involving poisoned or inedible candy, who knows when the first lunatic will think, "Hey, that's a great idea!". Even if your Twix bar says Raider, you should think twice about enjoying it.

9. ring only there, where also light burns!

Either nobody is there (very bad candy yield), the people are asleep (generally also very bad tempered candy givers) or they have skeletons in the cellar. Get out of there fast!

Grab your friends, ask your siblings or get your parents to accompany you. But for your entourage it's a matter of: go along - go along: Dressing up is mandatory! 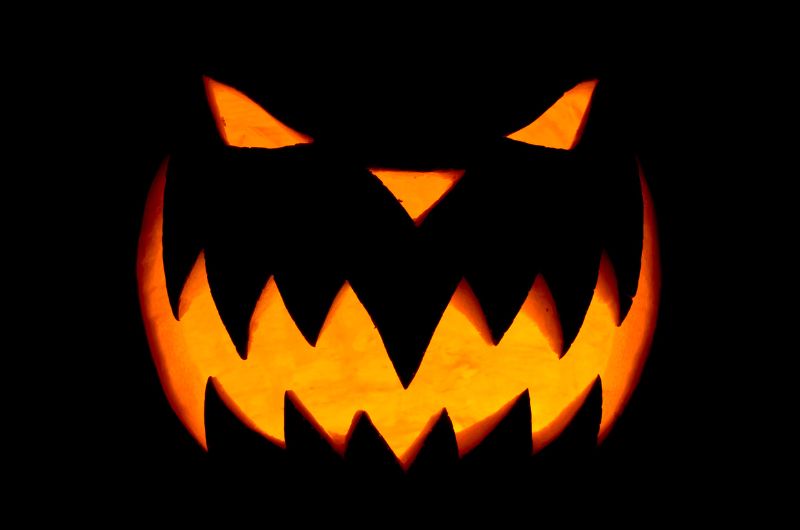 The Trick or Treat Rules of the Pumpkin King

Hahaharr! These are supposed to be trick or treat rules? That may work for you. But if you really want to cash in, you should take a look at my Trick or Treat rules:

Generally, Halloween is only once a year. To really take advantage of this, you should try to match effort and benefit so that you get as much candy as possible in the shortest amount of time.

Ring the same door several times in a row with different masks. Or have the other kids knock on the doors and instead stand at a central intersection and collect a decent toll from the candy collectors heading home. If anyone complains (especially accompanying parents are often frighteningly inflexible), just claim it's an "old Celtic Halloween tradition" and invent some sort of ancient traditional phrase, à la: "Give a piece of cake, or you'll get your basket twisted!" Avoid children who are taller than you and are not accompanied by adults. You can often get rid of your entire toll in one fell swoop. Which is also very effective, but not for you. 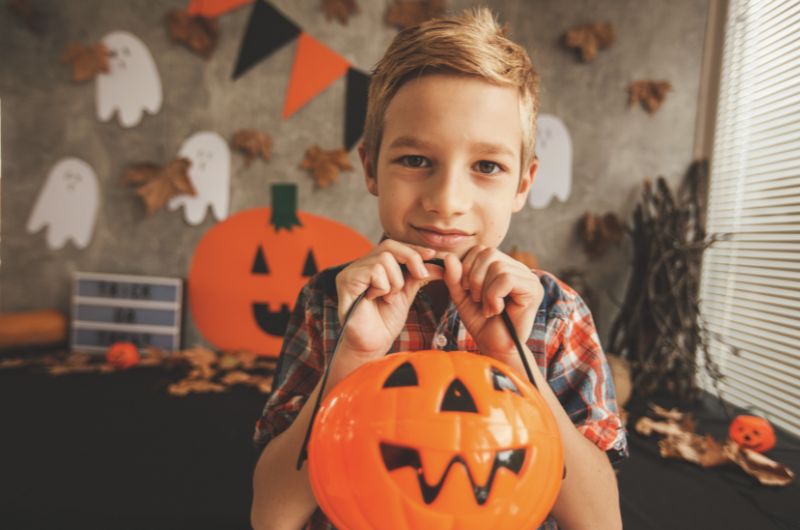 What good is the best disguise if your tote bag is too small? It's often forgotten, but big bags are the be all and end-all of a satisfying Trick or Treat haul. Your best bet is to use a hiking backpack that you can carry on your back and that, when well filled, extends a foot beyond your height. If you have someone accompany you: Let your companion carry one too! Now, it's always a little difficult to credibly combine a hiking backpack with an impressive Halloween costume. The solution is: zombie mountaineer, vampire mountaineer, werewolf mountaineer (etc.) If your companion also wears a backpack, as recommended, you are a (attention!) zombie mountaineering expedition. Tell in a brittle voice how you once tried to make a human dream come true (to climb the Zugspitze without a cable car) with frozen limbs and nothing but popsicles to eat and failed fatally. Let your pioneering spirit be paid for with plenty of sweets (so that there will be enough provisions for the next attempt) and off you go to new summits (front doors)! 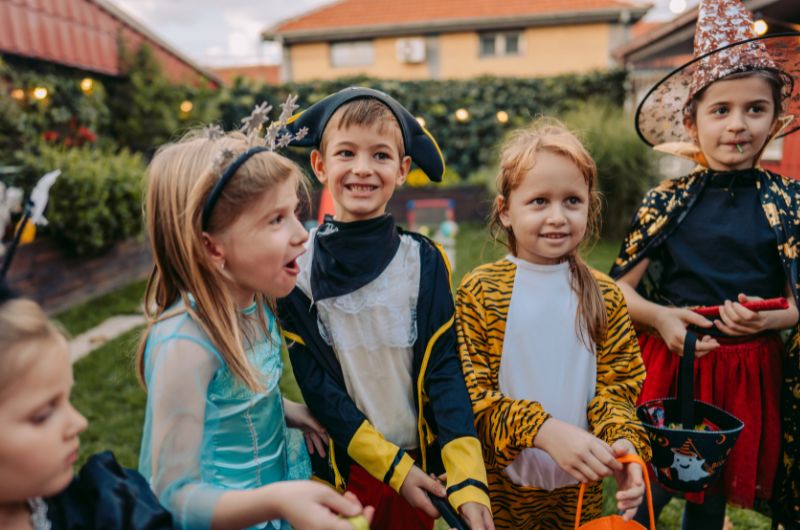 Putting out does not count!

Some comfortable contemporaries think it would be enough to just put a plate full of candy in front of the front door to be spared from those pesky Halloween ghosts. Don't put up with that! That's disrespecting a... um... millennia old custom and your elaborate mountaineering zombie costume. In it please ALL people should have joy. Whether they want or not. Santa Claus can't just dump all the presents from his sleigh onto the marketplace and then call it a day.

Why does it always have to be private homes? To reach them, you often have to take on arduous stair climbing. Restaurants and bars are at ground level and are almost never locked. Insist on your right there! I'd like to see the landlord throwing out children dressed up in funny costumes and screaming with empty hands from his well attended establishment. If he then grudgingly hands you some goodies, loudly claiming that it was too little or that they were filled with alcohol. Afterwards, run out of the establishment screaming like a banshee!

Do not be too modest!

By the time you're 14 or 15, people won't be willing to hand you candy at the door on Halloween. Instead, you'll make frequent acquaintances with comments like, "Well, aren't we a little old for that?" or "Where's your little brother?" In order to still get your sweets, you would have to resort to means that are generally treated under the headings of child and juvenile delinquency. (A little tip: In this situation, ask for beer and cigarettes in an age appropriate way instead). So, while you are still the right age, take as much as you can get! Claim that you are collecting for your little brothers and sisters who are all lying in bed with broken legs. If your counterpart is stubborn, threaten to break your siblings' arms as well! 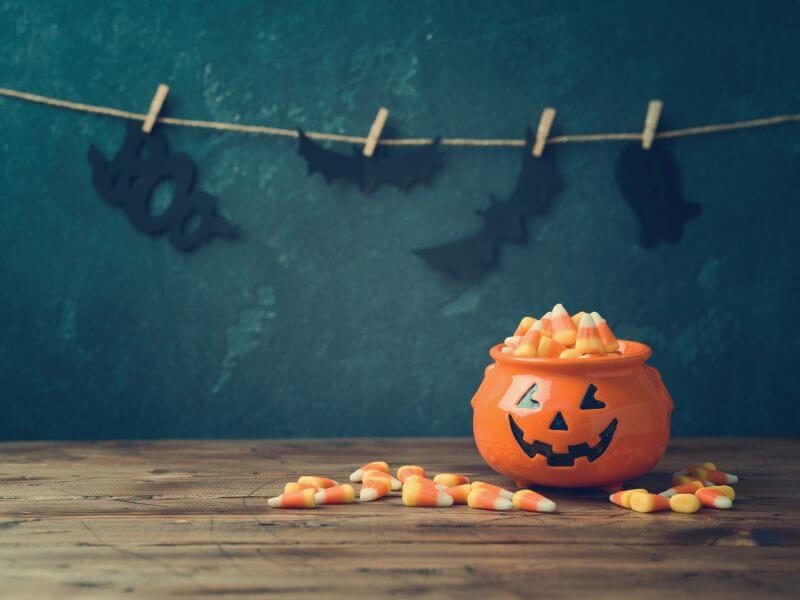